Meet Alexia - An adventurer taking MS in her stride

“I'm Alexia – I’m a foodie, a go-go-go type of person, I love to travel, and I have multiple sclerosis.”

As if I was set up on a blind date (pandemic-style!), I met Alexia for a video chat after hearing she had a unique story to share. And I’ll be the first to admit my ignorance about MS until we spoke.

I’m not sure what I expected, but a young, well presented, and articulate professional wasn’t it – she certainly didn’t look sick! Really? What does sick look like? Alexia’s brilliant attitude towards her illness and thirst for knowledge gave me a glimpse of how she manages day to day, as well as on her travels.

Alexia is originally from Adelaide, and when she was 19 she made the move on her own to Melbourne to pursue her career. She was finding her feet, studying, settling into her new job, new home and surroundings. The move was a big deal, but she noticed something wasn’t quite right.

“Weird things started happening to me. I got it all checked out by my doctor and that's when I first got my MS diagnosis. It was difficult news to take, especially having just made the move interstate.”

Alexia described feeling numbness and pins and needles in her body, similar to the odd sensation of your foot falling asleep, that usually started with her fingers and spread elsewhere. But instead of lasting a few minutes, it lasted much longer, sometimes even for 48 hours.

Receiving the diagnosis of multiple sclerosis wasn’t a total surprise as Alexia’s mum had been diagnosed with multiple sclerosis several years before. Their symptoms are different but there were a few tell-tale signs that gave Alexia a nagging feeling she knew what her symptoms meant.

“I've been fortunate enough that I found certain treatments that help, like infusions that I have every four weeks. Medication has helped control the symptoms and the fatigue. But I just try and get on with life as best as possible,” says Alexia.

Alexia took the advice from her doctor about multiple sclerosis and combined this with what she’d learned through her Mum’s experience previously. She also kept informed about her illness through MS Australia – who provide invaluable information about everything from managing symptoms to medications, treatments and what support was available to her.

“There’s so much information online as well as other people sharing their own experiences. There are so many variations to this condition and I didn’t want to do the comparison thing. I just wanted to deal with my own situation, and I didn’t want to go down any rabbit holes – so I just stuck to the facts and sources of where I got my information from.”

When there was an opportunity to travel to China in October 2019 and raise money for a cause that has impacted her and her family as much as it has, Alexia jumped at it.

“Over the last eight years, I've seen things change and so many other treatment options pop up and it just wouldn't be possible without the money and the funds that are raised to get the research underway and trialled.”

MS Australia had organised a fundraising adventure with Inspired Adventures called Kiss Goodbye To MS, where Alexia and a group of like-minded fundraisers would travel through China with a local guide, culminating in an unforgettable trek along the Great Wall of China. Each participant would raise money for MS Australia and the funds would go towards research that helps create the type of treatments and medication options that Alexia had available to her.

“I raised close to $7,000 for the trip. There were a few of us that went on the trip, so overall, it was a really good fundraising result,” said Alexia.

“I've always done a fair bit of travel, mostly solo travel though, and nothing like this type of small group travel with Inspired Adventures, so that was all new to me. Every day we trekked a different section of the Wall – some newly restored, others were pretty touristy and even the harder to walk parts. I like to think that I'm pretty fit, but I’ll admit there were some parts that were easier than others, and some days that were quite challenging - but it was great.”

Alexia said the trip was really well organised and catered to different fitness backgrounds, so if she needed to stop for five minutes or drop to the back of the line it was OK, and there was plenty of food and water provided along the way.

It was Alexia’s first time to China which was a whole new experience. Undertaking such a physical type of trip while trying to monitor her multiple sclerosis symptoms was also a challenge, as Alexia had to stay on top of her hydration and fatigue. It was a balancing act, but Alexia said it was so rewarding.

“It's something I look back on. I'm so thankful that I just took the plunge, signed up for the trip and did it by myself.” 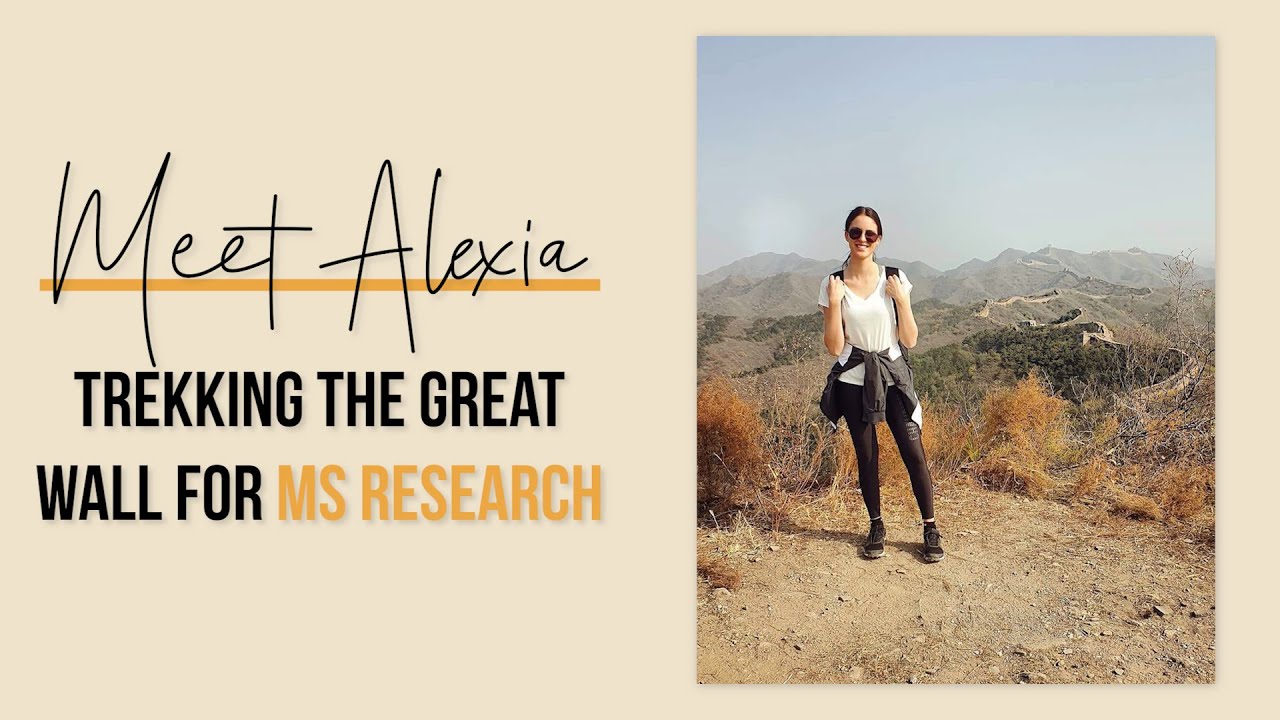 Bianca is born and bred in Melbourne and travels often. Her love of globetrotting stemmed from running marathons around the world. Bianca is passionate about setting goals and celebrating them, which makes her the perfect person to lead a team with Inspired Adventures. In her time with IA, she’s led treks and cycling adventures in Vietnam and China, which she does alongside her corporate communications career and side hustle of teaching fitness classes. On top of this, she’s passionate about learning more about the charities supported through IA, as it makes for really meaningful work with the inspiring individuals she enjoys getting to know during on adventures.

Find your next inspiring adventure

Challenge yourself to tackle the Kokoda Track in Papua New Guinea and raise much neede funds for Pancare.

Explore Australia’s outback along the famed Larapinta Trail and make a positive difference in the lives of sick kids.

Journey to the heart of the rugged Australian Outback with CBM Australia to help empower children with disabilities in the poorest places on Earth.

Explore the beautiful outback on the Larapinta Trail and raise funds for Mental Awareness Foundation.

Challenge yourself to take on the Kokoda Track, raising much-needed funds for JDRF along the way to turn type one into type none.

Cycle the Alps2Ocean in New Zealand and help power human rights research, advocacy and campaigning that has impact all over the world.

Trek Kangaroo Island with RSPCA SA to establish a new era of animal care and welfare in South Australia.

Take on three mountains in one day to support young people’s mental health.

Join Bob Brown Foundation in the Tarkine / takayna in 2023. and take action to protect Australia’s wild and scenic natural places.

We’re a certified B Corp, committed to using business as a force for good.