“Of the group I travelled with on the Inspired Adventures trip, I was one of the few who had actually lost a child. Others were afraid for what might come for theirs. And it was incredible how we understood each other, even when we didn’t say a word. People can embrace you without even touching you,” says Pio Terei.

Pio’s vibrance and warmth literally jumps through the screen of our Zoom call, a Maori “kia ora!” roaring over my headphones as his broad smile pops into view. Yet, despite such a bubbly, big personality, underneath the surface lies a story of loss that every parent fears.

Pio is an actor and television presenter in New Zealand, most recently leading his own talk show, Terei Tonight. So when he and his wife lost their 17 year-old son, Teina, to Leukemia in 2016, the news made headlines. Teina had been sick for 18 months, studying towards his Year 13 assessments while receiving treatment at Starship Hospital in Auckland, and his death rocked his close-knit family.

Pio says talking about his grief helped him a lot, at first sharing the grief with his two older sons and his wife, and then eventually opening up to other parents with similar experiences. He hasn’t been shy of discussing grief on his TV show either, which he co-hosts with Nix Adams, who has also experienced the loss of a child. For Pio, being open about his experience reminded him there were others going through similar situations and he wasn’t alone.

“You’re never the same. You never move on, you just move forward. And knowing that others were going through what I was reminded me that it wasn’t just me.”

In memory of Teina, the Terei family set up Trust Teina, a project encouraging more Māori and Pacific men to donate their bone marrow for those in need. In 2019, Pio partnered with the Make A Wish Foundation to help raise money for critically ill children. He thought of it as a way to give back for all the work the Foundation had done for his son during his final months (which included flying Teina to LA to meet Will Ferrell).

But Pio’s collaboration with Make A Wish Foundation wasn’t your usual fundraising campaign. Instead, Pio would travel to China with Inspired Adventures and join a small group of like-minded fundraisers to climb the iconic Great Wall of China.

Pio says he has always been an avid traveller, enjoying seeing and experiencing different cultures first-hand, so when Make-A-Wish invited him to participate in the adventure fundraiser to China, he was instantly up for it. From the moment the group met at the airport, it felt like they’d known each other all along.

“We just gelled really well from the start. And the Team Leader set us up well. We were going to be together almost 24/7, so we just talked openly about things. If we’re tired or having a bad day then we’d just say it, so we knew when to just give each other space. And the rest of the time we laughed and just enjoyed the trip together. A few of us have stayed in contact and I consider these people whanau (family) now.”

Fundraising was part and parcel of the adventure and Pio’s said it’s not hard to do when the reason’s right. Some of his new-found travel buddies got really creative with the way they raised money and often did activities that coincided with just having a good time with friends – whether that is raising awareness on social media or organising sausage sizzles or trivia nights.

“I just told people how our boy has ‘flown away’ and about my grief. Some aunties who I hardly knew threw in $20 and others gave a lot more. It all counts. People have a reality check when they see the challenges that a lot of families face. They realise having the latest iPhone and car just does not matter.”

Pio says life’s a journey and the essence of a good journey is to have variety – experiences that make you reflect outwardly and inwardly. He said the itinerary with Inspired Adventures in China was really well done – including where they stayed, the places they visited and the beautiful stories they heard when going into local people’s homes.

“I don’t tend to travel like a tourist. I like to travel like an Indigenous person visiting another Indigenous person’s land. And you’re all the richer for it. I remember joking with one of the people whose homes we visited and asking how they don’t bump into things after a few drinks with all the bends, curves and steps of the house, and they said their houses are like that to keep the evil spirits away. All while another family member was cooking us up a nice feed. The hospitality and aroha (love) we experienced from these people was incredible.”

Pio says his journey through China was a healing experience, embodying all the principles of the Maori word ‘rongoa’ – which describes how sunshine, good conversation, singing and time for contemplative silence can be good for the soul.

While Pio says the memory of the trip will stay with him forever, what mattered most was helping other children, like his son, whose time to fly away had come far too soon. 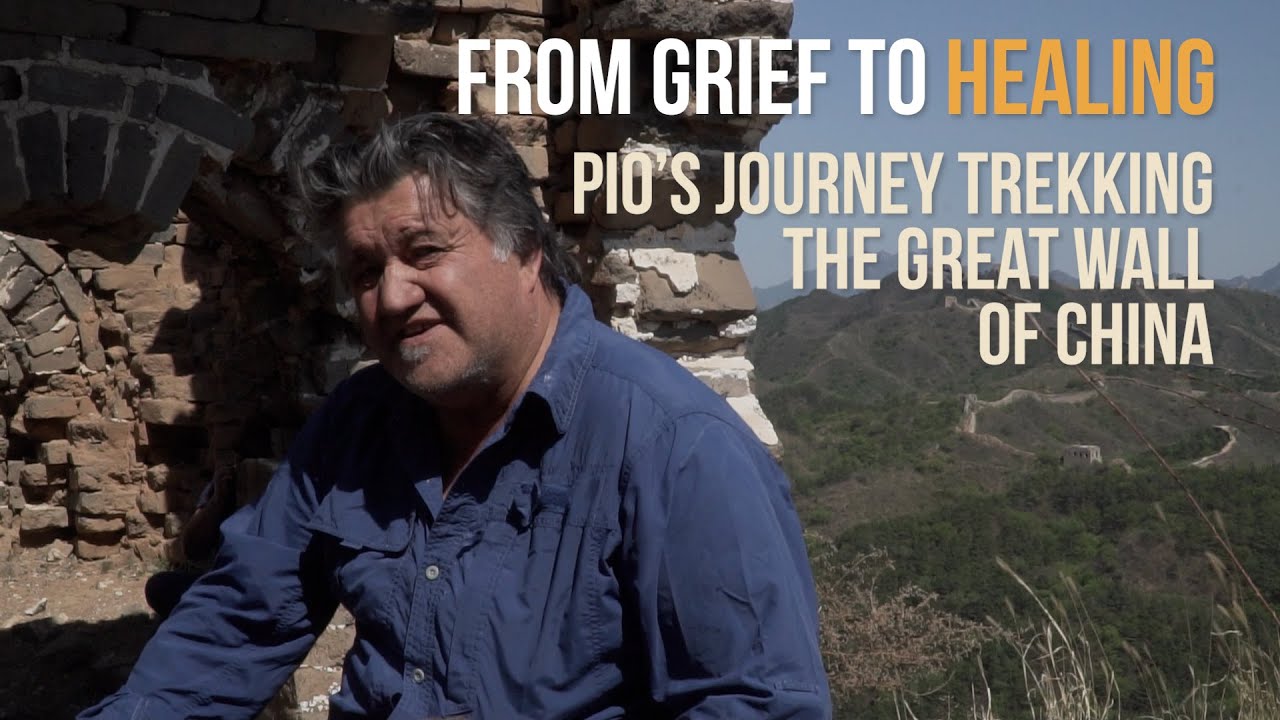 You can help make the world a better place, one step at a time, on an Inspired Adventure.

Browse our range of adventure fundraisers

Bianca is born and bred in Melbourne and travels often. Her love of globetrotting stemmed from running marathons around the world. Bianca is passionate about setting goals and celebrating them, which makes her the perfect person to lead a team with Inspired Adventures. In her time with IA, she’s led treks and cycling adventures in Vietnam and China, which she does alongside her corporate communications career and side hustle of teaching fitness classes. On top of this, she’s passionate about learning more about the charities supported through IA, as it makes for really meaningful work with the inspiring individuals she enjoys getting to know during on adventures.

Find your next inspiring adventure

We’re a certified B Corp, committed to using business as a force for good.